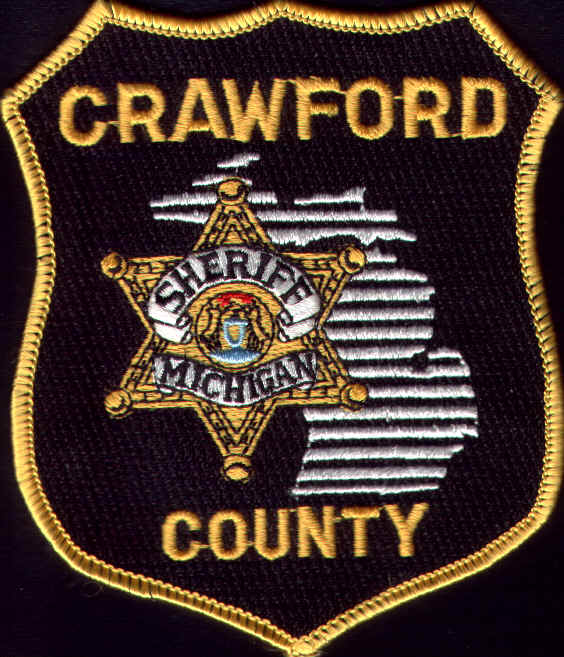 Since 1992, The Crawford Co Sheriff's Office has been involved in a major project to bring the department up to date in several areas involving computers and other technology.

The Crawford Co Sheriff's Office has migrated to MPSCS is Michigan's Public Safety Communications System. With more than 231 towers, 48,000 radios, and covering an area of more than 58,000 square miles, the MPSCS is the largest public safety communications system in North America. It proudly provides interoperable voice and data communications for many of Michigan's first-responders and State Government agencies. We migrated from high band VHF (150 mHz) radio system. The older system was antiquated, car to car transmissions had to relayed through dispatch as one car could not hear another in a far part of the county. We no longer need to support a VHF repeater with the associated costs, tower fees, etc.

In 1992,  the Sheriff's Office purchased in concert with the Courthouse Offices an IBM AS 400 computer system.  A records management software made by New World Systems in Troy, MI was purchased. This allowed the first automation of police reports, corrections, budget, property, civil process, CAD (Computer Aided Dispatch), tickets, warrants, impounded vehicles into one comprehensive program. This program was used successfully until 1999 when the cost to maintain the program was cost prohibitive under county finances. Other software vendors were extensively reviewed and a grant was applied for from the State of Michigan. We selected FSG - LEMS (Law Enforcement Management System) for our new software program. The cost of this program was less than 50% of the cost for an upgrade for the New World System. The license fees for maintenance are very cost effective also. In the continuity of automation, this software is also now used by Kalkaska, Otsego, Roscommon and 29 other Michigan counties. A grant was awarded for a connection to be able to share information between the three counties Sheriff's Offices, the Courts and prosecutors offices in Grayling, Gaylord and Kalkaska.

We updated the Records Management System and Jail Management system in 2018 to a cloud based system. The LEMS software had become obsolete and was not supported anymore.
The data was converted to the new RMS and JMS from the old system.

In 2020, We decided to go with the Motorola Spillman RMS JMS CAD software. The is a three county project and will allow us to share data and have a backup site in case of a disaster. We are looking at a go live in 2021.

Every Time a person is arrested in Crawford Co, that person has their picture taken and filed at the Crawford County Sheriff's Office Jail. As of February 2000, We have installed the latest technology for capturing inmate images. This is a digital image which is stored with each booking record and is transmitted to the Michigan Sate Police along with electronic finger print captures.

All patrol vehicles are now outfitted with Digital Cameras. All photos taken are in digital format and are stored on a standard photo disks.. The pictures are stored on the computer server and are only printed as needed on a standard PC Color Printer. This has a large savings on the cost of film, development costs, extra printing, etc. This is also a large savings on storage space as the pictures are archived on computer. There also is a savings on man hours in the delivery and pick up of photos and film from the local processor.

In the government complex, there are numerous personal computers and printers linked on a common fiber backbone using 1000 mbps fast Ethernet switches. This interconnectivity facilitates efficient use of information resources and also serves as a key communication resource by extending electronic mail capabilities to a all  County employees. Microsoft Servers constitute the foundation of the County's network server environment, supporting network links for the computer devices attached to one primary local area network in the County's government complex. A firewall and various other strategies protect the computer network from outside influences.

This process uses the latest computer / image scanning technology to capture finger prints. Instead of using black ink, the arrested subjects fingers are scanned by a sophisticated image scanning device. Once scanned, the finger prints are stored on a computer disk. They are printed when needed and will be submitted to the Michigan State Police and FBI electronically, so that a criminal history, based on the finger prints, is made. This will provide quick and accurate identification of the arrested subject. This method not only saves time and materials (lots of paper print cards) it also makes for much better quality prints.

A grant has paid for a majority of this system from state funds in conjunction with the 46th Circuit Trial Court to purchase and install this system in the jail. The system went live on May 1st, 2002 and we now receive within 2 hours a response on whether the person fingerprinted has a criminal record within Michigan or any NCIC III participating state.  The unit used is supplied and maintained by ID Networks

The overall criminal justice integration partnership between the 46th Circuit Trial Court (a unified trial court), the Sheriff's Offices and Prosecutor's Offices in Crawford, Kalkaska and Otsego Counties. This project will improve the accuracy and timeliness of reporting criminal justice records both internally within the three county criminal justice systems, the school districts, and to the Michigan State Police Criminal Records Division in Lansing. It will provide for direct access to court records and data input from Michigan State Police Posts 73, 75, 79 and the Sheriff's Offices, and will automate access to student criminal justice cases and school related problems within the local school systems as required by P.A. 102 of 1999. Criminal justice records will be protected (both locally and LEIN/NCIC) through the application of biometric technologies. Through the application of state of the art technologies, officers will be able to spend more time in the community having a direct affect on observing, detecting and investigating criminal activity. The project will provide for:

2000-2017 Crawford Co Sheriff's Office. All Rights Reserved. This information is made available to the public and law enforcement community in the interest of public safety. Any unauthorized use of this information is forbidden and subject to criminal prosecution. Questions, problems or comments, email Webmaster .